Throughout the year, there are plenty of cultural events you can experience and in which you can take part.

Urgell people’s enthusiasm, aspirations and desire to preserve their roots are present in the city’s cultural life throughout the year. The city is home to endless fun and cultural activities:

17 January.
On Passeig Joan Brudieu, locals gather to tuck into stew made by the Brotherhood of Sant Antoni. The day involves a Solemn Mass, during which the Sant Antoni bread is given out, an animal blessing and a tradition known as the Tres Tombs, where the festival’s flag bearers take horses on three laps around the area.

20 January. Local festival.
Local festival On 20 January, Saint Sebastian’s day, La Seu d’Urgell commemorates its devotion to this saint through the Brotherhood that bears his name. Under the ravages of the plague in the mid-fourteenth century, La Seu, like many other Catalan towns and villages, dedicated itself to Saint Sebastian, who was thought to protect against cholera. Apart from this day, the Brotherhood promotes a range of other cultural and popular initiatives, not to mention their important work in recovering the traditional caramelles, sung by a group of nearly 100 singers at Easter. The Brotherhood of Saint Sebastian also takes part in the Good Friday Procession, the ‘tuna’ music group during Carnival, and many other popular and folk events.

2nd weekend of March
For a whole weekend, the city’s Sant Domènec Hall is transformed into a world of play, with games, activities and workshops for all the family.

Good Friday.
The main streets of La Seu d’Urgell’s historic centre are the stage for the traditional Good Friday Procession. Over the past few years, this popular event has become the biggest in the Pyrenees and one of the most significant of its kind in all of Catalonia. It dates back to 1603.

First weekend in June.
Can you imagine what everyday life was like in the Middle Ages? ‘The historic centre of La Seu goes back in time. Artisanal products and performances all around, throughout the day.’

Summer.
This festival was created in 2011. It is currently made up of 37 towns that put on over 52 concerts all over the Pyrenees.

August.
‘Music and light show in the Romanesque cloister that recreates the life and miracles of Sant Ermengol and the events of the turn of the millennium.’ This piece is performed every August (see dates) in the cloisters of Santa Maria d’Urgell Cathedral.

The Magical World of the Mountains

Christmas
The city is filled with magic during the Christmas holidays. They say that the first Christmas Log, a popular Catalan tradition, came from the woods of La Seu. 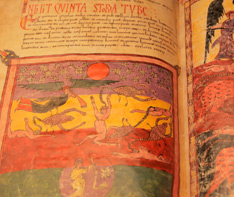 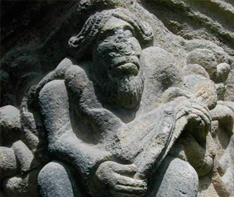 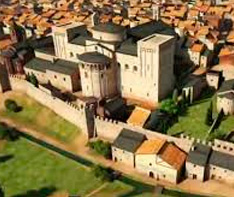 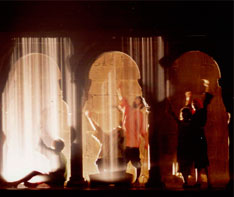 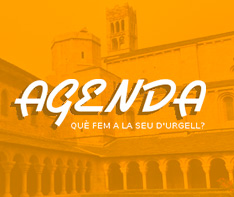 Check out the great network of Museums in La Seu d’Urgell and its region.

Get to know Romanesque art and our region thanks to the ROMANESQUE ROUTE.

Three routes to get to know the medieval side of La Seu d’Urgell.

A city and region full of tradition.

Calendar of activities, events and fairs in La Seu d’Urgell.